ABOVE: The SI 1006, HIPP Survey area is highlighted in pink, located in the Great North East Channel between Australia’s most northern tip and the Torres Straight Islands.

The Great North East Channel forms a key approach to Australia, adjoining with the Prince of Wales Channel through Torres Strait and the northernmost entrance to the Great Barrier Reef (see above). The channel is used by tankers and gas carriers as part of a route that reduces environmental risk within the Great Barrier Reef's Particularly Sensitive Sea Areas.

ABOVE: Close up of the proposed Great North East Channel survey area, with the survey project to be conducted by Guardian Geomatics commencing January 2021.

The SI 1006 survey area comprises regions of low quality data in the Two-Way Route (above), last systematically surveyed between 1940-44. Two-Way Routes are internationally recognised ship routeing systems used in major, congested shipping areas around the world to reduce the risk of collisions and groundings. Depths are predominately less than 30 metres with strong tidal streams experienced in the area. 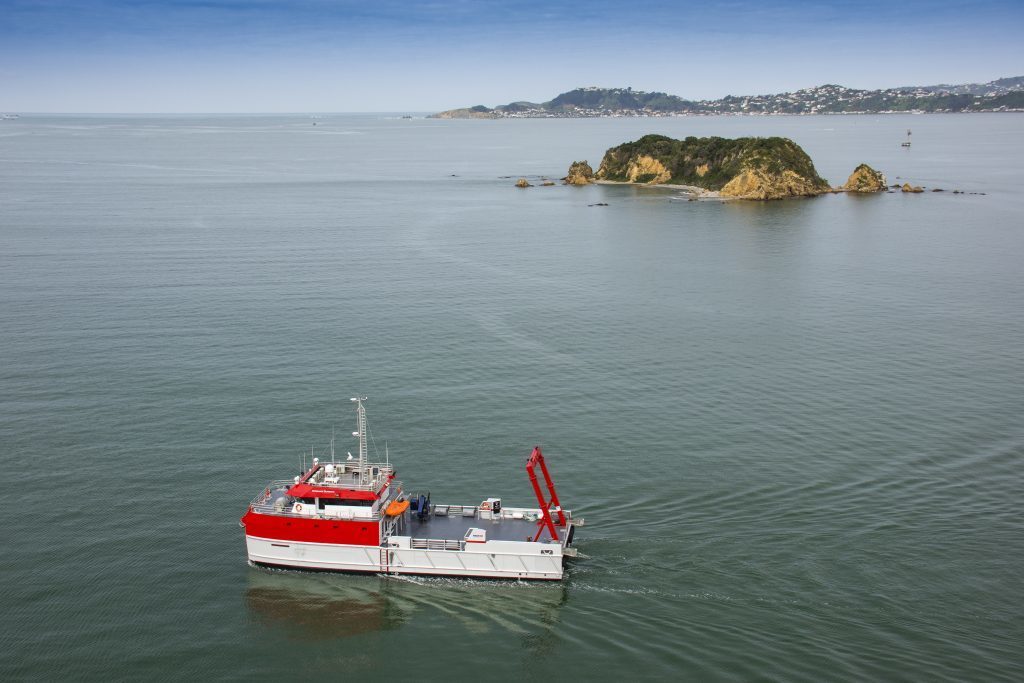 ABOVE: The MV Offshore Guardian which will be used for the HIPP, Great North East Channel survey.

Adam Hamilton, Project Manager for SI 1006 Great North East Channel, has already commenced preparations for the work, which is scheduled to begin late January 2021. The project will be undertaken using the MV Offshore Guardian (seen above), following her work on current HIPP project “Approaches to Newcastle”.

Data from this survey will be used to update Australia's electronic and paper nautical charting products. 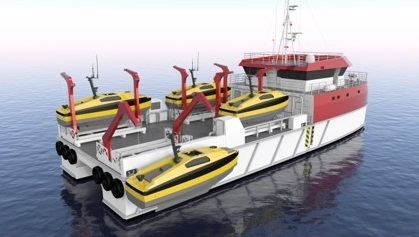 An artists impression of our combined survey + autonomous drone vessel.

In order to improve survey capacity and capability, while increasing value for money proposition, a combined survey + autonomous drone vessel solution will be the next step in the evolution for our service provision.

More information will be released in the near future.